DOB, construction workers and New Yorkers are working to ensure COVID-19 safety protocols are observed at the city’s construction sites, and compliance has been relatively high.

“A large chunk of the construction industry was really paying attention to what New York City went through the past couple months and took the pandemic and trying to slow the spread of the pandemic very seriously,” said Andrew Rudansky, press secretary for DOB.

The department allowed a 30-day grace period for job sites to become compliant after reopening. During that time, inspectors found instances of too many workers riding hoists together; small spaces that forced workers to be in close contact while entering or leaving a job site, such as stairways; large gatherings at lunchtime or during tool talk meetings; inadequate logs and recordkeeping regarding worker interactions (to be used for contact tracing); and insufficient tracking of on-site cleaning.

When inspectors saw those infractions in June, they reached out to supervisors with guidance and educational materials. Starting July 8, DOB began enforcing the new rules, with initial civil penalties of $5,000 for each offense and $10,000 for subsequent violations. It issued its initial 88 citations from July 8 through July 13. 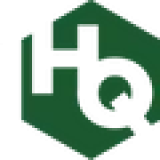 Tom Whitaker is the Founder & CEO of Harness Software. He is passionate about the convergence of construction and technology. Particularly when it comes to safety on the job site. Tom is a father of three boys and lives near Toronto, Canada.